Craggy mountains to pleasing hills and with alluring coast, Italy, where football is the most popular sport, and the players with bright blue jersey like their country’s bright blue sky, has an epitome of talent, a person with positive aspect of life, an excursionist, a Football lover, a passionate person with interesting hobbies and impressive personality, Gianluca Cugini. He is unbeatable master of national and international, a celebrated football statistician who surly knows his act very well. He worked for DATASPORT in Milan and International Federation Football History & Statistics (IFFHS) because of his erudite art of stats and mastered skills.

Being a traveler with great love for travel, Gianluca Cugini has been blessed with good luck, which not many own. He stepped into more than 110 countries and with keen observing ability he has developed many hobbies, one of which absorbed most of his attention, is statistics on deep water monsters the Blue sharks.

For him, stats is the source of enjoyment and delight. It is more a passion than profession.

“I have great passion for football and stats” adding to this he says, ” Important thing to become a skillful football statistician is to

have passion and understanding of both and it’s even better if you played football. I did overall young football tournaments”

He started football statistics at a very young age. When he was 22 he showed his magical skills in the World Cup with the “Azzurri”

From the year 2002 he is the person in charge for the IFFHS (International Federation of Football History & Statistic) for Italy.

Interestingly, aside from football, he has equal passion for statistics on sharks, the blue sharks in particular. Blue sharks has been his childhood favorite. The love for blue sharks grew when he saw the documentary “Men and sharks” of Bruno Vailati, which marked a great impression on Gianluca Cugini at that span of time. Blue shark’s love made Cugini sail the Seas. On pleasant days when Gianluca Cugini was a kid, he used to sail with his friend, in his friend’s boat in the Adriatc Sea, where the beautiful blue sharks were plentiful. Excessive admiration and devotion to the ravishing blue sharks made Gianluca Cugini meet with one of the world greatest and renowned sharks experts: Dr. Alessandro de Maddalena, whom Cugini belive to have written at least 20 books on sharks. Dr. Alessandro de Maddalena published Cugini’s work on blue sharks. In his childhood Gianluca Cugini couldn’t find a book about sharks in his city except for The Shark, Splendid Savage of the Sea of Jacques-Yves Cousteau. Reading and learning about sharks gives him great satisfaction.

When Gianluca Cugini was asked why he loves Blue Sharks specifically?, He responded, “For a football statistician who love “Azzurri” (Blue Shirts) I cannot stop myself to love the blue sharks” in addition to that he said; His love and passion for blue sharks ages back to his childhood. He fell in love with the blue sharks at first sight.

When it came to the topic about traveling, Gianluca Cugini thanks football for taking him to hundreds of countries. He has traveled to

all of the seven continents. Gianluca Cugini says, “I have traveled a lot. I think I have traveled more than 110 countries in all continents. One day I will have to do the exact count of the countries I traveled because many people ask me for this”. It’s traveling which established many new hobbies for Cugini. He is fond of traveling and wants to travel more to learn more of the new things.

A lot can be learned from a radiant personality like Gianluca Cugini from football to blue sharks to the whole of the world. He has ability to inspire people with his work. 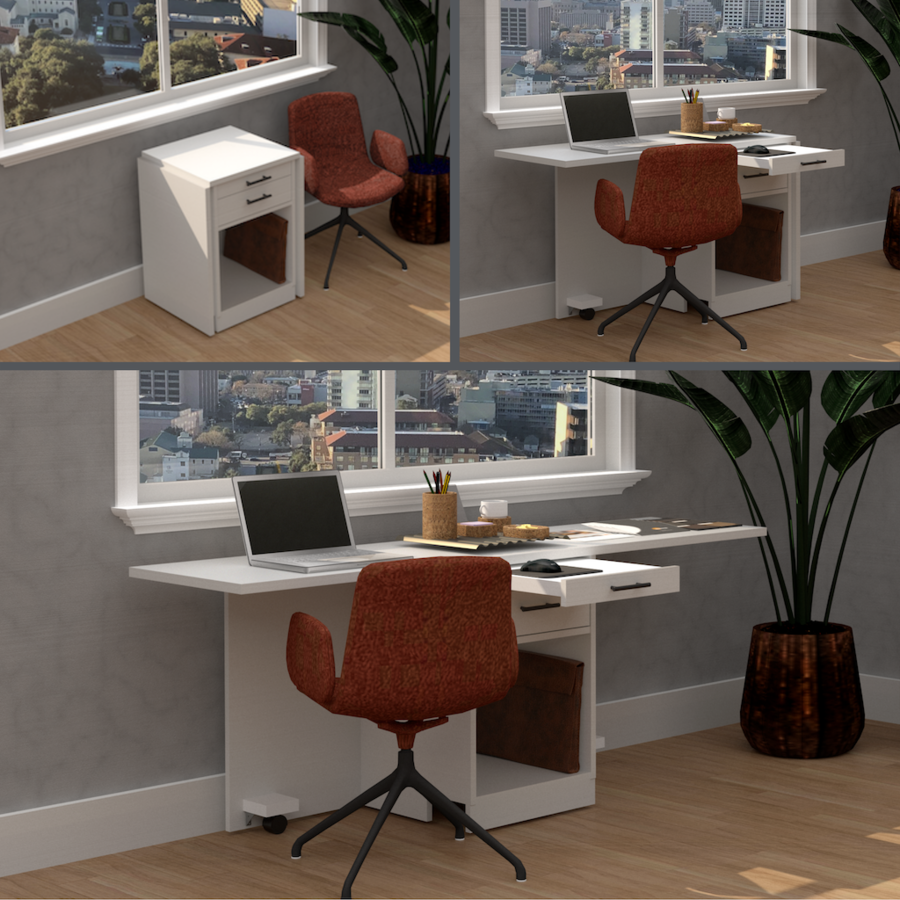 Inova Unveils the WorkCube: a Mobile, Pop-up Desk That Instantly Creates a Home Office in any Room