“I was bullied in High School, often called a gimp or a cripple due the limp in my step from my car accident. I was pestered by cyber bullies, and received prank phone calls with people telling me that my life had no purpose, and I should just kill myself due to my limp. I was suffering from depression, wondering why I was still alive after my accident. The words from my peers did nothing to help ease my pain. I read the stories about bullying and young adults committing suicide, and it breaks my heart. Now I want to do something to help bring Long Island’s next generation of leaders together,” said Jesse Ruggiere. Jesse became the first certified DDP Yoga Level 1 instructor in the state of New York in 2015, and has gone on to teach over 300 hours of DDP Yoga.

At the Anti Bullying Summit there will be a presentation by Joseph Salamone on bullying. Jesse Ruggiere will be speaking about his experience before leading participants through a modified DDP Yoga Level 1 Workout. There is a suggested “karma based” donation of $10 for entry into the Summit. There will be 50/50 raffles and giveaways, with all proceeds going to benefit the Long Island Coalition against Bullying.

“As a 17 year high school teacher veteran, I can assure you that there is nothing worse that I saw in my teaching career than a young person who has no one to eat a lunch with, that was prepared with love by a caring adult; or to be ostracized and harassed between classes, during breaks, in the classroom and after school. This mission strikes a nerve with me…I met Joe Salamone from the Long Island Anti-Bullying Coalition last fall at an event, and was forever changed. I have wanted to bring more awareness to this mission since then, and only now have the venue, and the support of many others, to do so. I am honored to be a part of this cause,” explained Laurie L. K-Zadeh, who is Owner and Program Director at Medwell Spa and Yoga Studios. 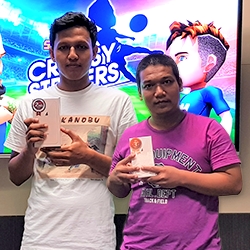 Digi Gamestrike Awards Winners with Prizes Worth Up to RM100,000 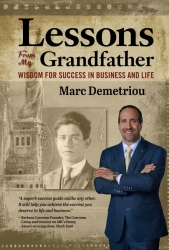